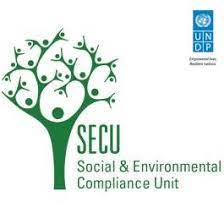 Not only are independent accountability mechanisms (IAMs) critical tools to help institutions stay mission aligned and achieve sustainable development targets, but they also are often the most feasible and practical way for communities to protect themselves against and seek redress for environmental and social harm caused by development projects. To be effective for both development institutions and development-impacted communities, IAMs should be designed and refined through public consultation to help them calibrate to best practice, improve responsiveness to complainants, and better facilitate remedy. Accordingly, the United Nations Development Programme (UNDP) investigatory IAM known as the Social and Environmental Compliance Unit (SECU) recently concluded a public comment period to update its operational guidelines.

A confounding trend of institutional defensiveness against IAMs means that every review of an IAM policy risks resulting in weakened rather than improved tools for accountability. With this in mind, Accountability Counsel and endorsing organizations wrote SECU to commend certain positive updates, but also to challenge its fundamental flaw: stifled independence that undermines its effectiveness for communities and the UNDP alike.

SECU’s proposed guidelines include new provisions that place a focus on remedy, promote greater transparency, and prioritize the safety of complainants. The draft guidelines focus on remedy by expressly identifying SECU’s role in recommending ways to resolve underlying concerns, and by requiring the UNDP Administrator to provide an explanation to complainants whenever SECU’s recommendations are not adopted. Transparency is improved by requirements for SECU to disclose reason(s) why complaints are eligible or not, and for the UNDP Administrator to justify the rationale behind decisions on remedy. SECU’s advisory reviews will also be made public, thus assuring that systematic lessons learned from complaints are relayed appropriately. Complainant safety is addressed by discrete reprisal risk and anti-retaliation guidelines appended to the draft guidelines.

Many of these improvements are attributable to the fact that the draft guidelines were developed independently and with the help of an expert panel. Independent review and robust public consultation with the intended users of IAMs can preempt compromises that curb the use and effectiveness of IAMs, which in our experience is motivated by a desire to limit institutional accountability and responsibility for harm caused by shortcomings in environmental and social due diligence.

Despite what appears to be a commendable review process, there are outstanding fundamental issues that compromise SECU’s effectiveness, particularly with regard to its independence and ability to report directly to UNDP leadership. The draft guidelines suggest that SECU must act subordinately to the UNDP’s Office of Audit and Investigation (OAI), which is distinctly focused on issues of fraud, abuse, and misconduct raised by internal stakeholders, as opposed to issues of environmental and social harm raised by external stakeholders. Although SECU was intended to be a self-contained IAM with a direct reporting line to the UNDP Administrator, the present structural arrangement requires it to confer and seek approval from an OAI director on matters better left to the discretion of SECU’s environmental and social compliance experts.

The best IAMs at development finance institutions, including those at the World Bank and the Green Climate Fund, report directly to their boards. The equivalent at the UNDP would be reporting to the Administrator, who is appointed by the UN General Assembly to oversee the UNDP’s 36-member Executive Board and ensure the organization’s institutional and operational effectiveness; however, the draft guidelines grant OAI final approval on essentially every decision point in SECU’s process, from eligibility determinations to case closure notes to advisory reviews. This hierarchical structure may be one reason for notable delays in complaint handling, and the inefficiency suggests that UNDP leadership does not appreciate the importance of prioritizing accountability for environmental and social impacts. The current structure also opens space for institutional actors to influence the scope, findings, and recommendations of investigations, thus exacerbating an unfair power differential that denies communities the same opportunity to advocate for their needs when decisions are being made.

For the sake of trust and legitimacy, IAMs must operate independently. The fundamental issue of SECU’s independence underpins all other opportunities to improve its operational guidelines, especially with regard to consultation throughout the investigation complaint process. For example, SECU should ensure that its guidelines require that it consult with complainants to develop recommendations for remedying harm and to monitor remedial actions, and that the principles of Free, Prior, and Informed Consent are honored with respect to remedy. Under the current reporting structure, OAI could hypothetically strike observations and recommendations achieved through consultation, which would undermine complainant trust and satisfaction in the process.

With provisional improvements to transparency, safety, and responsiveness, the updated guidelines exemplify good IAM practice in many ways. However, SECU’s overall effectiveness stands to be limited not only by its subordination to OAI, but also by potential impediments to the ability of complainants to select their representatives and advocate for their interests as the scope of investigations are decided and remedial actions are recommended. Further, because development projects are often supported by more than one financial institution, the success of environmental and social outcomes will largely depend on the cooperation of IAMs in investigating project concerns and facilitating remedy solutions. SECU must therefore embrace collaboration, including by supporting efforts to improve the performance of the UNDP’s dispute resolution function known as the Stakeholder Response Mechanism. Regardless, we look forward to a stronger UNDP accountability system with the finalization and implementation of the new SECU guidelines informed by our recommendations and the input of the communities impacted by UNDP projects and programs.