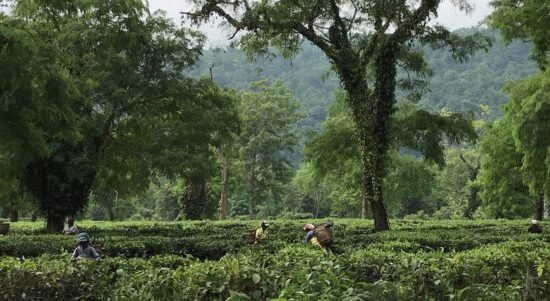 Yesterday, the U.S. Supreme Court declined to hear an appeal from Indian fishing communities who sued the International Finance Corporation over environmental and livelihood damage caused by an IFC-financed coal power plant. While the Supreme Court’s decision means that the communities’ legal case in the United States may be over, it does not mean that the IFC can walk away from its responsibility to ensure that harms to this community – and other communities impacted by IFC financing – are effectively remediated.

In 2015, the communities in Gujarat, India filed a suit against the IFC for harms caused by the IFC-financed Tata Mundra Ultra Mega coal-fired power plant. The plant caused significant damage to the communities’ livelihoods, including the ability to catch and process fish. The communities initially sought justice through the IFC’s accountability office, the Compliance Advisor Ombudsman (CAO), which investigated and found several instances where the IFC failed to comply with its own environmental and social safeguards throughout the course of the project, including in due diligence of the impacts of the project on the fishing communities. Despite the investigation’s findings, the IFC failed to meaningfully address the non-compliance and the impacts on the communities’ livelihoods. After several years of waiting in vain for remedy, the communities filed suit in a U.S. federal court.

This week’s decision comes after a landmark ruling earlier in the case that weakened the IFC’s prior stance that it could not be sued for project harms. For years, the IFC claimed that it was completely immune from suit in the United States, but in a 2019 decision, Budha Ismail Jam, et al v. IFC, the Supreme Court ruled that it does not have absolute immunity and can be sued for impacts stemming from its commercial activities. The case was sent back to lower courts for further litigation. While the lower courts did not find in favor of the fishing communities on procedural grounds, no court has ruled that the communities have not been harmed by the project. In fact, the IFC has never denied its role in the harms. So, what happens now?

The Jam case is not the only instance of a project where the IFC has failed to effectively remedy harm caused by its projects. For example, communities working on IFC-supported tea plantations in Assam, India have been waiting for more than five years for the IFC to fix CAO-verified non-compliance in relation to the IFC’s supervision of living and working conditions on the plantations, reported use of banned pesticides, information disclosure, consultation, and response to security incidents. Meanwhile, there has been growing recognition, including by the United Nations, that development finance institutions have a responsibility to contribute to remedy when their actions have contributed to harm. In response to the IFC’s poor track record, in 2020 an external team of experts recommended that the IFC create a remedial framework to outline how the IFC should respond to harmful projects and ensure communities are made whole.

The IFC is slated to start consultations on the framework soon. This marks a key opportunity for the IFC to finally demonstrate that it is a responsible investor who prioritizes the rights of people impacted by its projects. To be effective, the new framework must:

At the same time that the IFC develops this important framework, it should immediately remedy legacy harms to the Jam and Assam communities now.  The affected communities have waited for harms to cease and remedy to be provided for long enough; they certainly shouldn’t be made to wait for the finalization of an overall remedial framework. If IFC remediates known existing issues now, it would be a good faith sign that its overall commitment to its remedial framework is genuine.