What Do We Know About Unknown Complaints? 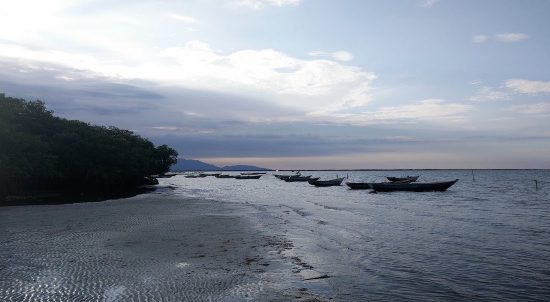 What are “unknown complaints,” and why are there so many of them? Research Associate Marisa Lenci explores why over two hundred complaints appear to have almost no information associated with them, where they come from, and what they mean for transparency and accountability.

The Accountability Console tracks all complaints filed to any Independent Accountability Mechanism (IAM). To date, over 1500 complaints have been filed to IAMs tied to international financial institutions (IFIs), but 283 complaints, filed to IAMs but rejected for consideration, currently lack essential basic information like the project about which the complaint was filed, the names or affiliation of the complainints, or the text of the complaint itself. This type of information is essential in understanding the issues behind the complaint and the reasons for its rejection. The lack of disclosure on “unknown complaints” undermines our ability to understand, assess, and improve the system of accountability in international finance.

Why Are Some Complaints “Unknown”?

Most IAMs exist to address complaints related to social and environmental issues about projects that are financed or supported by their associated financial institutions. IAMs generally require complaints to pass through registration and eligibility processes, to ensure that complaints relate to a project financed by the associated bank, fall within the IAM’s mandate, and meet a number of other criteria. While these preliminary complaint stages can be important for ensuring that IAM resources are devoted to relevant complaints, many mechanisms have chosen not to include information on their complaint registries for complaints that fail to pass through these stages. As a result, hundreds of complaints are not included on IAMs’ public complaint registries.

How Do We Know These Complaints Exist?

Over the years of gathering information and conducting research on complaints and IAMs, we have observed a persistent gap in complaint reporting between IAM complaint registries and other publicly disclosed IAM documents. We refer to the complaints that fall within this gap as the unknown complaints, which represent complaints filed to IAMs that go unreported on complaint registries, but are referenced to some degree in IAM annual reports or other IAM reporting documents. These references to unknown complaints are often quite subtle, usually only being reported on in summary and raw numerical form. For example, the EBRD PCM’s Annual Report in 2018 stated that they “received 34 Complaint submissions,” but the IAM’s complaint registry only shows 10 complaints received in the year 2018. Sometimes, IAM’s annual reports may also include a list, in an annex or attached table, of these additional complaints received, with a reference to an explanation for why these complaints may not have been registered or eligible, such as “Not financed by bank”, “Does not raise ESG issues”, “Not project-affected people”, or simply “Outside of mandate.”

These explanations are helpful in understanding why these complaints are unregistered or ineligible at particular IAMs, but they fail to provide any additional information on complaints, such as what project the complaint is referencing, what issues the complaints did raise, or why the complaint does not fall within the mandate of the IAM. Furthermore, without access to the original complaint filing, it’s impossible for the IAM categorizations to be assessed or verified. Disclosing information on all complaints received by IAMs is imperative for IAMs to attain transparency and accountability. A failure to do so poses significant questions around transparency, disclosure, and access to information for the public, project-affected communities, and other interested parties.

While IAMs are not capable of addressing complaints that fall outside of their mandate, disclosing information about these complaints is still an important part of maintaining transparent complaint registries. Data on these complaints is critical in understanding the broader landscape of accountability in international finance. For example, knowing how many complaints are filed to an IAM about projects that IFI is not supporting can indicate a need for better transparency of project financing for affected communities. Complaints that raise out-of-scope issues like fraud, corruption, or procurement, are still identifying significant problems with the project’s implementation, but without more information it’s impossible to assess if these concerns are in fact being addressed by other, more appropriate bodies. Similarly, the number of complaints unregistered or deemed ineligible because they are not filed by project-affected people, or because the complainants have not yet attempted to resolve their issues with established project-level grievance mechanisms, speaks to limitations for communities or their advocates to access meaningful remedy. Only presenting complete and comprehensive complaint information, including unknown complaints, can properly inform how IAMs truly function, to what extent communities are able to access these systems, and what steps complainants must undergo in order to have their grievances heard and addressed.