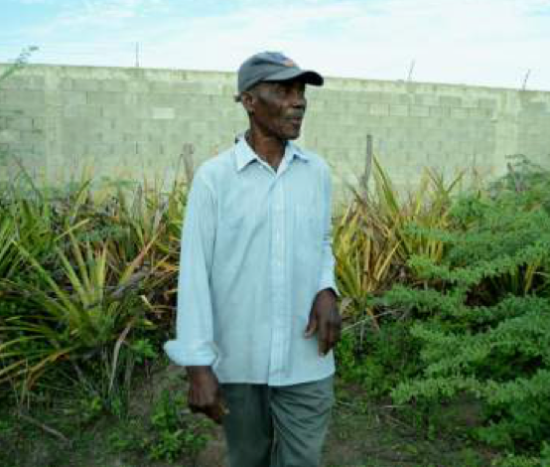 Today, the Kolektif Peyizan Viktim Tè Chabè, a collective representing hundreds of Haitian farmers, filed a complaint to the Inter-American Development Bank (IDB) about its role in a case of land grabbing. In 2011, approximately 3,500 people the lost their livelihoods when they were forced off their land to make way for the Caracol Industrial Park (CIP), a major business project funded by the bank and other international donors, with post-earthquake disaster funds. The Bank funded the CIP from its earliest stages and will eventually provide more than US$242 million in support of its construction, operation and expansion. The Kolektif, supported by Accountability Counsel, ActionAid, and local partners, is calling for fair compensation and for the IDB to address the many environmental and social problems linked to the industrial park.

The Kolektif filed the complaint on January 12, 2017, the seventh anniversary of the earthquake that devastated Haiti. The IDB and other international donors heralded the CIP as a key earthquake reconstruction project: it would provide jobs and economic benefits while encouraging population migration to the less affected north of the country. The project was fast-tracked, with the bank claiming that the “urgency” of the situation required shortcuts.

These shortcuts came at the grave expense of local communities. In January 2011, almost a year to the day after the earthquake struck, at least 442 smallholder farmers and their families found that their plots of land – incredibly fertile land that had been cultivated by some families for generations – had been seized to make way for the CIP. Fences were hastily erected to prevent their access. Crops and buildings were destroyed. Some had only a few days warning that they were losing their land, while others had no warning at all. Almost overnight, these families, over 75% of whom lived below the poverty line, lost their primary source of food and income.

The IDB and its client initially agreed to provide replacement land. However, nearly three years after the land grab, they abandoned that plan, instead providing an inferior package of cash compensation to all but a few of the families. Farmers, who had been struggling to survive while waiting for the promised land, had little choice but to accept unfair compensation packages that did not correspond to their needs. The vast majority are in a worse socioeconomic position than prior to displacement and are facing financial and food insecurity. Many now struggle to feed their families, pay their bills, send their children to school, and obtain healthcare.

The bank failed to protect these families, in violation of its own safeguards, at almost every turn. Key decisions – such as siting the industrial park on the most fertile land in the area, in a region and a country that suffers regular food shortages – were made on the basis of insufficient and even false information and without any input from directly affected people. Despite growing evidence of the inadequate management of negative impacts, the bank continued to pour money into the CIP, approving five separate loans and more than a dozen technical cooperation projects related to the park. It seems that there was ‘no going back,’ despite the growing financial, environmental, and social cost.

The Kolektif seeks accountability and remedy for the IDB’s role in the land grab and the severe harm it has caused to their families. They hope to work constructively with the bank and its client to resolve these concerns, including by developing a new compensation plan that will support them to re-establish sustainable livelihoods.

The Kolektif is also concerned about the cumulative environmental and social impacts of the CIP. This large industrial facility is located only 2.5 miles (4 kms) inland from Caracol Bay, a sensitive and nationally-protected coastal mangrove and coral reef ecosystem, and is connected to it by an important freshwater river. Even the IDB has raised doubts about its client’s ability to avoid harm to these resources. The CIP also has a history of poor labor conditions, including reports of sexual harassment of its mainly young female employees.

For more information about the complaint and the issues it raises, see our case page.