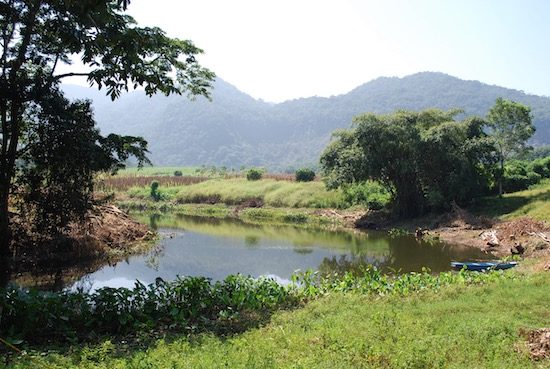 Accountability offices can be powerful tools for communities seeking justice in the face of abuse. In a new video produced with New Media Advocacy Project (N-MAP), Accountability Counsel shows the story of the Cerro de Oro case in Oaxaca, Mexico. This groundbreaking case resulted in communities successfully defending their rights and local environment from a destructive project.

Accountability Counsel’s work in Mexico provided the platform for a historic dialogue process. This is the first time, to our knowledge, that a community’s ultimate demand was fully respected through engagement with an independent accountability mechanism’s dispute resolution process. It was also the first case we know of where a dialogue process like this allowed indigenous communities to withhold their free, prior and informed consent for a project, a right guaranteed under international law.

In November 2010, indigenous communities in Oaxaca, Mexico, filed a complaint regarding threats to their physical safety, drinking water, fishing areas, livelihoods and culture from a hydroelectric project funded by a U.S. government agency, the Overseas Private Investment Corporation (OPIC). Chief among their concerns was the impact of construction on the integrity of the existing Cerro de Oro dam that, if breached, would destroy their communities.

With the support of Accountability Counsel and Mexican civil society organizations and witnessed by local and regional government officials, the communities reached a historic agreement with the company to suspend construction of the hydroelectric project and develop an alternative project that took into account key community concerns. Importantly, the company also agreed to put the decision regarding whether any version of the project would go forward into the hands of the communities.

In November 2011, after reviewing the alternative project design and hearing from experts regarding dam safety issues, three of the four communities rejected both the original and alternative projects, instead opting for no project at all. As of August 2014, the project remains suspended, and the company continues to honor its agreement to respect the communities’ decision to reject the project.

This and a similar video in Spanish produced for local use, are the product of a collaboration with N-MAP to document how communities are standing up in the face of human rights and environmental abuses, and are achieving victories to protect their rights.

We invite you to read more about the Cerro de Oro case here.