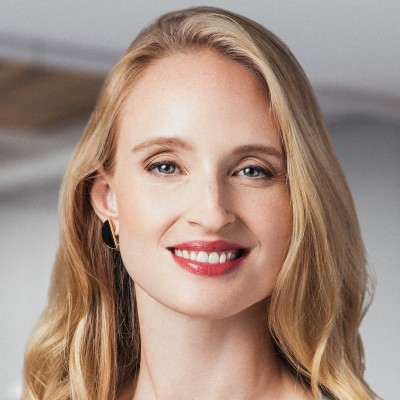 Vanessa Barboni Hallik is the founder and CEO of Another Tomorrow, an end-to-end sustainable apparel company and platform for discovery and action committed to transparency and a circular economy. She is an investor in early-stage companies with strong ESG commitments catalyzing system change and serves on the Advisory Boards for the Carr Center for Human Rights Policy at Harvard Kennedy School and the Trust for Public Land.

Prior to founding Another Tomorrow, Vanessa was a Managing Director at Morgan Stanley, where she held several leadership roles in the emerging markets institutional securities business. While at Morgan Stanley, she served as a Trustee on the Board of the Morgan Stanley Foundation and represented the firm at the Council on Foreign Relations. She likewise chaired the Fixed Income Philanthropy Committee, during which she initiated and subsequently led the firm’s mentoring program with East Side Community High School, in partnership with PENCIL.org.

Vanessa holds a B.A. in Economics from Cornell University and is an M.S. Candidate at Columbia University’s Earth Institute. She resides in New York City with her family and two dogs.