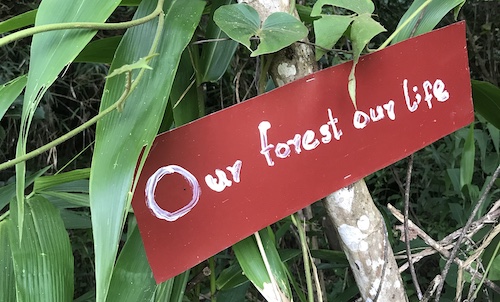 In November 2022, the World Wide Fund for Nature (“WWF”), which works to conserve and restore biodiversity in nearly 100 countries, published a draft Operating Framework (Framework) that operationalizes its accountability mechanism known as the Office of the Ombudsperson (“Office”). Modeled on the independent accountability mechanisms (IAMs) of development financial institutions, the Office is responsible for overseeing WWF’s environmental and social commitments across its activities. Accountability Counsel along with 15 other organizations and individuals submitted comments on the Framework aimed towards strengthening the independence, transparency, and credibility of the Ombudsperson Office.

The Opportunity to Protect People and the Environment

In 2019-2020, internal and external investigations of WWF-related activities unearthed instances of human rights violations of communities, particularly Indigenous Peoples, who live in and around protected areas that are supported by WWF. Reports emerging from the Central African Republic, Democratic Republic of Congo, Nepal, and India documented serious human rights abuses at the hands of park rangers operating under the authority of governments and in service of WWF-related projects. The investigations show that WWF continued supporting projects even after being made aware of human rights abuses, in violation of its own policies. One of the key recommendations of the independent panel that carried out the internal investigation was to establish an effective complaints mechanism.

However, we shouldn’t view WWF’s commitment to establishing an effective accountability mechanism merely as a response to prior scandals. It is also an opportunity to increase the effectiveness and sustainability of its conservation work by better respecting the rights of local and Indigenous communities. The landmark Kunming-Montreal Global Biodiversity Framework, adopted at the recently concluded COP15, commits to bringing “the loss of areas of high biodiversity importance … close to zero by 2030, while respecting the rights of indigenous peoples and local communities.” Being accountable to Indigenous Peoples and local communities is a critical component of respecting their rights, which is why WWF’s Ombudsperson must be accessible and effective for the communities who need it.

Positive Features of the Operating Framework

In its current form, the draft Framework has the following commendable features that we recommend remain in the final Framework:

Challenges in the Road to Accountability

However, there are serious concerns that need to be addressed by the WWF in order for the Office to meaningfully provide redress to project-affected communities. Despite the events that were instrumental in kick-starting this process towards increased accountability, Indigenous Peoples have found no mention in the proposed framework. We recommend that the Framework should explicitly mention “Inclusivity of Indigenous Peoples” as a core principle and include safeguards for their participation in the mechanism. Additionally, the Framework has the following shortcomings to address: