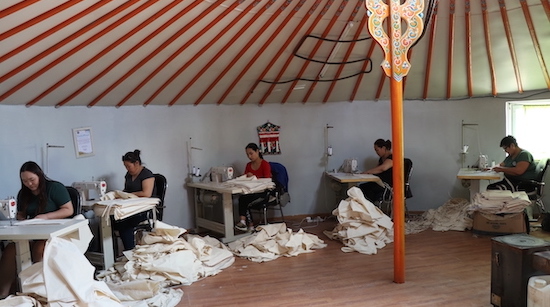 Dispute resolution processes can be an opportunity for communities to reach creative solutions to the harm they are facing from development projects. But how often do they result in agreements, and how often do these agreements result in real remedy?

An Introduction to Dispute Resolution in IAM Complaints

Most IAMs are designed to address complaints through two processes: dispute resolution and compliance review. In dispute resolution (sometimes also referred to as mediation, problem solving, or consultation) the involved parties voluntarily engage in a mediated dialogue, joint fact finding, or other facilitated process in an effort to reach mutually agreeable solutions to the issues faced by complainants. The parties involved in dispute resolutions vary, but often include the complainants and/or their representatives, the project company/implementer, the investment client, government officials, and bank staff. IAM representatives help facilitate the dispute resolution process, including through the hiring of independent mediators.

Dispute resolution processes can be an opportunity for communities to reach creative solutions to the issues they are facing in harms from development projects. For example, complainants in Tiddas, Morocco facing social and environmental harms from a poultry hatchery in their village went through a dispute resolution process with the project company Zalar, and reached an agreement in 2017. The agreement included a number of important commitments relating to the issues faced by communities, one of which was a five-year company-financed plan to carry out community benefit projects on priorities identified by community representatives. The creative nature of this community benefit project is a clear example of how DR allows communities themselves to determine their own priorities and needs, a powerful step toward community-led development. However, there are limitations to dispute resolutions, and they may not prove productive or successful for every complaint. Below we discuss some of these limitations, and how they impact IAM complaints.

Dispute resolutions are voluntary processes, so all parties must agree to partake in the process and to remain involved. As a consequence, these processes can be quite fragile: if any party expresses they are no longer willing to engage in the dispute resolution, the process will end. Other limitations can result from particular IAM mandates or time requirements set on dispute resolution processes. For example, some IAMs have specific time limits on how long they will support dispute resolution processes. The IDB MICI’s policy states that it will “complete the Consultation Phase process within a maximum period of 12 calendar months.” The MICI Director can offer an extension to this time period, but the decision is not solely up to the involved parties in the dispute resolution; the MICI Director offers extensions at their discretion. While it is helpful to attempt to resolve issues in a timely manner, implementing strict time requirements on when agreements must be made can pressure communities into signing agreements that don’t fully acknowledge their issues, or are not in their best interest.

The power dynamics at play between involved parties can be another limitation faced in the dispute resolution process. Power imbalances can be one of the most challenging aspects of navigating IAM processes, and these challenges are particularly evident in dispute resolution, where actors meet at a table to discuss issues and possible solutions. Communities harmed by development projects are frequently impoverished, face language barriers, and lack access to technology. They may face serious security threats, including retaliation and reprisals for raising their concerns. They often rely on types of information, such as anecdotes, storytelling, and personal examples, that are viewed as less valid or reliable as compared to the expert- and data-centered approach of bank officials, state actors, and even IAMs. In the complaint process generally, and in dispute resolutions particularly, these differences can exacerbate existing power imbalances.

A Look at the Data

How many complaints make it to dispute resolution?

What are the results of complaints that make it to dispute resolution?

How do unsuccessful disputes proceed in IAM processes?

When agreements are reached, how are they implemented?

After agreements are reached in dispute resolutions, complaints often proceed to monitoring stages, where the implementation of the commitments are monitored. Monitoring may look different depending on the IAM and the type of agreement reached. In many complaints, parties work together to devise an implementation or action plan, and have regular check-ins on their progress, making adjustments as needed. Of the 102 complaints that reached agreements, 83 proceeded to a monitoring phase. Some IAMs, however, don’t have monitoring functions or have limitations on monitoring functions, and the implementation of these commitments are left to the involved parties to coordinate. This is the case for the remaining 19 complaints that reached agreements but did not proceed to a monitoring phase. IAMs such as DEG/FMO/Proparco’s ICM and OPIC/DFC’s accountability mechanism face discretionary limits on whether they will monitor, which depend on the agreement reached in dispute resolution. Some IAMs also face limits on how long they will monitor, such as set time periods in monitoring mandates, or the length of monitoring engagements being subject to board approval. Information on each IAM’s monitoring functions can be found in the Accountability Console’s benchmarking feature. Monitoring functions are an essential part of the post-agreement complaint process, and can help ensure progress on specific commitments is made. IAMs should adopt monitoring mandates that allow them to engage until agreements are successfully implemented, so that remedy from harm is realized.

How an agreement was reached, and an outlook on its implementation

In March of 2016, a coalition of local community-based organizations filed a complaint to the IFC’s CAO alleging community harms as a result of an IFC-sponsored investment into Zalar Holding SA, a vertically-integrated industrial poultry producer in Morocco, present across the entire poultry meat value chain. The communities attested that the installation of a poultry hatchery in their village by the company was causing pollution and subsequent health issues for residents. Specifically, the communities concerns included: 1) air and noise pollution caused by Zalar’s activities, 2) soil pollution due to processes used within the company’s facilities, 3) potential adverse impacts of Zalar’s activities on the water shortage affecting the village, 4) lack of information regarding the environmental impacts of Zalar’s activities in their village, 5) the availability of work opportunities for local community members, and 6) the need for further investment in the village. Following the CAO’s assessment of the case, the parties agreed to engage in a dispute resolution process which began in December 2016. Over a period of four months, the parties met together and separately (in coordination with the CAO), and reached an agreement in February of 2017. The full agreement was published on the CAO’s website. In summary, the parties agreed to the following:

The agreement itself marks an important milestone, and the careful implementation of it in close coordination with the communities will be key to ensuring the commitments are met. In particular, the final commitment to carry out community benefit projects has the potential to have strong impacts that specifically respond to community priorities and needs, and importantly by enabling communities to decide what those priorities and needs are. The CAO is currently monitoring the implementation of the agreement, and so far the first community benefit project was implemented. The community-identified development project for the first year of cooperation was the purchase of a bus to allow village children to be safely transported to a nearby middle school. In June 2018, the company transferred the property of a bus to the association created by the community representatives and delivered the bus to the villagers. The second community benefit project was decided in 2019, for the construction of a water tower and the digging of a well, which would distribute water to Tiddas and surrounding villages. This project is underway but has suffered delays, in part due to COVID-19, as well as other implementation challenges related to choosing adequate land on which to dig the well and build the water tower, requesting relevant authorizations, working on a budget, and choosing a construction firm. The remaining projects and commitments, and their successful implementation, will need to be monitored closely and in coordination with the communities to ensure they remain prioritized and are completed as agreed upon.

Dispute resolution can be an opportunity for communities to reach creative solutions to their issues faced from project impacts, have their voices heard in decision making, and enhance their outputs from development projects. Because this process is flexible in nature, it offers communities an opportunity to help design solutions to their issues. This is particularly poignant given that the most common issue raised in complaints is the lack of consultation about development projects and exclusion from decision making in original project design.

However, questions around the efficacy of agreements reached in dispute resolution remain. Implementation of agreements can be quite difficult, and can sometimes result in few or no real outcomes for communities. Without access to data or information that measures outcomes from agreements, it is impossible to know whether these agreements are realized, and whether communities indeed experience remedy from project harms. More research is needed to understand the real impacts of agreements reached in dispute resolution and the underlying issues with the implementation of these agreements. Community input and involvement in this research, as well as the findings and proposed solutions, is essential. Accountability Counsel, in collaboration with partners, has begun a research project to assess the quality of outcomes from dispute resolution as well as compliance review processes across the IAM system, to evaluate whether this accountability system is truly delivering remedy to communities. We hope to report our findings in the coming year.