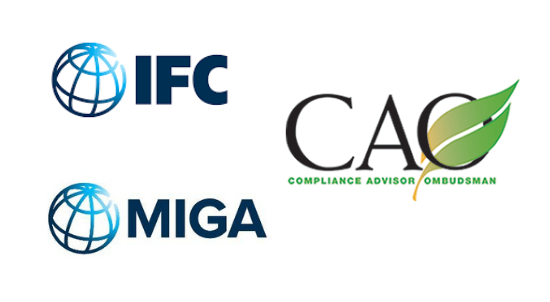 The International Finance Corporation’s and Multilateral Investment Guarantee Agency’s accountability mechanism, the Compliance Advisor Ombudsman, has a new policy that governs its process for addressing complaints from communities alleging harms caused by IFC and MIGA projects. The new policy is the first major outcome of a nearly year-long process to implement recommendations that IFC/MIGA received on how to improve environmental and social accountability.

A Snapshot of Positive Additions to the New Policy:

A Snapshot of Ways the Policy Falls Short of Good Practice:

Notably, developing a new policy for the CAO is only one of the reforms that IFC/MIGA were advised to undertake. Many of the reform recommendations are aimed at what the financial institutions, not their accountability mechanism, need to improve to adequately safeguard environmental and social rights and respond when harms occur. This makes sense: while an effective accountability process administered by the CAO can identify noncompliance and facilitate resolution, it is ultimately the responsibility of the IFC and MIGA to fix the problems identified.

The most important task ahead for IFC/MIGA is financing remedy. As the new policy states, the CAO “facilitates access to remedy,” but IFC/MIGA ultimately need to provide it. IFC/MIGA are still assessing how to implement reform recommendations on enabling remedy. To meet their environmental and social obligations, communities who bear the most risk when a project goes off-course need IFC/MIGA to do the following: (1) commit to financing remedy when IFC/MIGA’s noncompliance with its own policies causes harm going forward; and (2) provide remedy now for the communities whose harms have already been independently verified by the CAO. And as the IFC/MIGA design the implementation of a remedial framework, they should repeat the public consultation process that they and the CAO undertook to develop the CAO’s new policy.

In the coming weeks, we will benchmark the new CAO policy alongside other accountability mechanism policies in the Accountability Console.