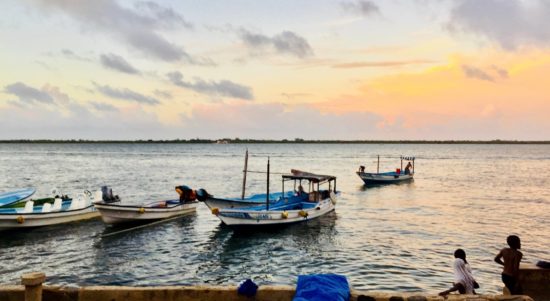 Community members and activists have bravely and tirelessly resisted plans to construct a 1,050-megawatt coal-fired power plant on the Lamu coastline, in Kenya, despite intimidation, repression and smear campaigns. They have left no stone unturned in their efforts to hold the actors responsible for this disastrous project accountable. Yet a group of investors, led by the World Bank Group’s International Finance Corporation (IFC), has narrowly avoided responsibility for its contributions to date. Steps must be taken to close this accountability gap. 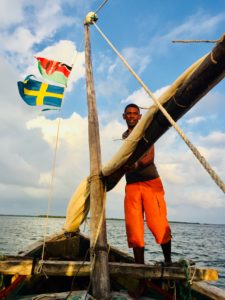 The livelihoods of traditional fishermen like Hassan,
pictured on his dhow, are at risk from the proposed
Lamu coal plant.

This environment, and the life it sustains, will be irreparably damaged by the planned coal plant. Local communities face devastating impacts on their health, food security, cultural heritage, and livelihoods. Farmers (including members of indigenous communities) have already been displaced, without a clear plan for their compensation.

Who is behind this disastrous project?

Major infrastructure projects, like the Lamu coal plant, are generally backed by an intricate – and largely invisible – web of commercial, financial and governmental actors. In September 2014, the Kenyan government awarded the contract for the construction and operation of the coal plant to Amu Power: a company established by Kenyan firms Centum Investment and Gulf Energy. The majority of the financing for the US$2 billion project will come from China. Amu Power’s shareholders – Centum and Gulf Energy – are also expected to contribute around US$500 million. The rest of the financing for the project remains murky.

Trying to trace these financial connections is nearly impossible for those who know what they are looking for, and even harder for affected community members fighting for their survival. Through a close review of the limited information available (with support from Inclusive Development International), we were able to help community organizations Save Lamu and the Kwasasi Mvunjeni Farmers Self-Help Group identify multiple connections between the coal plant and major international financiers, including the World Bank’s IFC. Despite those efforts, the IFC recently evaded responsibility for its contributions, highlighting a serious accountability gap on the part of an institution that claims to comply with the highest environmental and social standards.

The World Bank promotes itself as a champion of “green” finance. Since 2013, it has restricted its financial support for new coal power plants to only “rare” circumstances. Yet, the World Bank continues to support coal indirectly, through policy and technical support for governments and by providing funds to local banks and other investors who then finance coal projects. 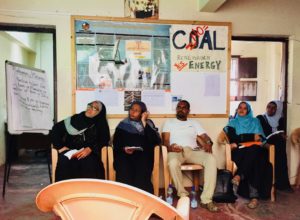 Members of Save Lamu are working to highlight the grave risks and
impacts of the proposed coal plant.

Back in 2016, Save Lamu wrote to the IFC to alert it to the fact that two of its clients, Kenya’s Equity Bank Limited and Standard Bank of South Africa, appeared to be contributing to the Lamu coal plant. The IFC responded dismissively, and we had no evidence to challenge their explanation.

Subsequently, it became clear that those connections were part of a pattern of investment by IFC clients in the companies developing the coal plant. In 2018 and 2019, we found that three further IFC clients, the Co-Operative Bank of Kenya, Kenya Commercial Bank, and FirstRand Bank of South Africa, each provided financing to Centum Investment after receiving IFC funds. Co-Operative Bank also provided a bid support bond – a form of guarantee – in direct support of Amu Power’s bid to construct the project.

This time, Save Lamu decided to take the matter further. On 26 April 2019, Save Lamu and the Kwasasi Mvunjeni Farmers Self-Help Group filed a complaint to the IFC’s accountability office, the Compliance Advisor Ombudsman (CAO), with support from Accountability Counsel and Natural Justice.

In July 2019, however, the CAO found the complaint ineligible, determining that the financial links to the IFC did not create active, “material exposure” to the Lamu coal plant. The CAO’s decision highlights three major factors which severely limit the ability of complainants like Save Lamu and the Kwasasi farmers to hold the IFC accountable for these contributions to disastrous projects.

The first limiting factor is the lack of transparency surrounding the existence and current status of the IFC’s financial sector investments. The IFC’s investment in FirstRand Bank was never explicitly disclosed on the IFC’s project information portal and was repaid shortly before the complaint was filed – without any public notification. Given that FirstRand provided a corporate loan worth US$50 million to Centum, it is likely that the complaint would have been found eligible had it been filed earlier. However, the IFC’s lack of transparency meant that Save Lamu and the Kwasasi farmers had no way of knowing when this accountability deadline passed. 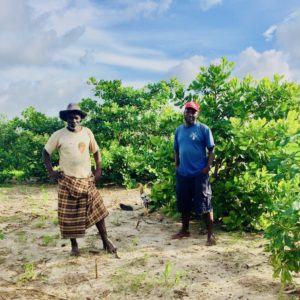 At least 109 farmers and their families have already been displaced by the
construction of the site access road, without any consultation or compensation

The second limiting factor is the lack of transparency regarding how IFC’s bank clients are using the IFC’s funds. Despite long-standing calls from civil society for the IFC to disclose its clients’ sub-projects, especially high risk ones, this information is still not available for the IFC’s bank clients. For this reason, a number of financial connections between IFC’s clients and Centum and Amu Power had expired, and we had no way of knowing this prior to filing the complaint.

As part of its resistance to calls for greater disclosure, the IFC has focused on efforts to “ring fence” its investments, so that the banks can only use IFC funds in support of lower-risk sectors such as small-medium enterprises (SME) or housing. However, these efforts are sometimes more illusory than real. For example, the IFC insists on its website that its 2012 investment in Cooperative Bank is limited to “on-lending to … SME borrowers.” However the CAO found that this ring-fence was not real; the IFC’s loan was “general-purpose” in nature. The IFC’s statement is therefore highly misleading; and communities do not have access to the information necessary (the investment agreement or details of the bank’s sub-projects) to make their own assessment.

The third limiting factor is the lack of transparency around the CAO’s decision-making for financial intermediary (FI) complaints. The CAO’s Operational Guidelines do not specify any distinct eligibility criteria for FI complaints. Under the Operational Guidelines, complaints must relate “to a project that IFC/MIGA is participating in, or is actively considering.” However, rather than simply adapting this test to the FI context, the CAO has created an additional element: “the FI must have a material exposure to the project of concern (in this case, Amu Power).”

Not only is this “material exposure” test above and beyond what is required by the CAO’s Operational Guidelines, it is not articulated or defined in any clear way on the CAO’s website. A community representative trying to file an FI complaint may not even know that eligibility will hinge on this “material exposure” standard. Even if that representative finds out, understanding what the CAO means by “material exposure” will be a struggle: despite our experience and that of our partners, we were surprised by the number and nature of the factors being taken into account.

Let us provide an example. In the case of Co-Operative Bank, the IFC had an active general-purpose investment in that bank. However, the CAO could only identify one active connection between Co-Operative Bank and Amu Power: a 28m Kenyan Shilling undrawn committed facility (understood to be an overdraft facility) provided to Centum Investment. The CAO concluded that this investment did not constitute “material exposure.” When we asked for further explanation of this reasoning, the CAO said that it weighed the following factors: 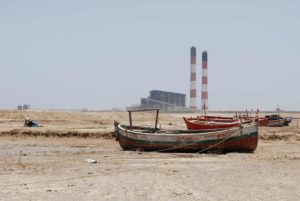 An IFC-financed coal plant in Gujarat, India poses similar risks and impacts on the
health, livelihoods and environment of nearby farming and fishing communities.
After the IFC dismissed their concerns, those communities won a landmark victory
in the U.S. Supreme Court, which decided the World Bank Group
can be sued in U.S. courts

While we question whether all of these factors are appropriate considerations at the eligibility stage (as opposed to later in the CAO process), none of them seem totally unreasonable or irrelevant. However, the fact that they are largely undisclosed (they are not listed anywhere on the CAO’s website, and the majority of them were not even mentioned in the CAO’s brief written eligibility decision) – is a grave lack of transparency that is difficult to reconcile with the CAO’s mandate to be accessible to communities who are seeking accountability for environmental and social harm.

These three factors combine to create easy loopholes for the IFC to evade responsibility for its contributions to harmful projects like the Lamu coal plant. Together with our civil society partners, we will continue to advocate for greater transparency and safeguards around the IFC’s FI portfolio. We will also use the upcoming reviews of the IFC and the CAO to advocate for changes that will improve its transparency, in order to strengthen its ability to deliver accountability for harm caused by IFC projects, including FI projects.

In the meantime, Save Lamu and the Kwasasi farmers are continuing their brave resistance. Watch our website for updates as they continue to seek accountability on the part of the range of actors involved in this disastrous project.