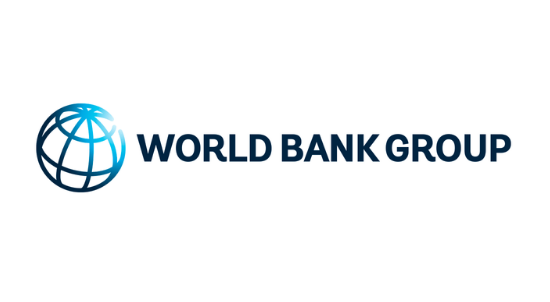 Today, Accountability Counsel and 66 global partners submitted a joint statement to the World Bank Group’s Board of Directors, expressing disappointment that three important measures were not approved in the initial review of the Inspection Panel’s toolkit. Specifically, the Bank’s board postponed decisions for six months on critical changes concerning the monitoring of management action plans, the extension of the time limit on eligibility of requests, and the addition of a dispute resolution function that is independent of bank management. We and our partners are calling upon the Bank to ensure that the Panel has all the necessary tools to effectively address communities’ complaints, facilitate accountability, and remedy harm caused by the Bank’s projects.

Read our full statement below.

On October 31, 2018, the World Bank Group Board of Directors approved new additions to the Inspection Panel’s “Toolkit” and extended the review period for six months to further consider three additional measures. While the reforms adopted by the Board are welcome, they fall far short of the stated goal to “modernize” the world’s first independent accountability mechanism (IAM). We, the undersigned civil society organizations, wish to express our disappointment that three important measures—monitoring, dispute resolution, and extending the overly restrictive time limit on eligibility—were not approved within the initial timeline of the review, and urge the Board to use the additional time to ensure these measures are adopted. Now the only IAM that lacks monitoring and dispute resolution functions, the Inspection Panel can no longer be considered a leading innovation in development finance unless these changes are made.

The functions that were approved—including adding an advisory role to the Panel’s mandate and allowing the Panel to share additional information with Requesters—represent a commendable first step by the Board of Directors in demonstrating its commitment to enhancing accountability at the World Bank Group. However, adding monitoring and dispute resolution functions and extending the narrow time limit for Requesters to file a complaint, would have gone much further in addressing the serious deficiencies and conflicts of interest inherent in the current system. Putting off further discussion on these more important measures calls into question the Board’s commitment to strengthening the system overall and could undermine the effort entirely if they are not ultimately agreed upon.

While the Panel remains under-equipped as an independent accountability mechanism, the Board’s decision on October 31 did include language intended to bolster the management-controlled “Grievance Redress Service (GRS), including the ability to maintain a roster of expert mediators to facilitate resolution of complaints and to add a new escalation point to the World Bank’s CEO.” We are concerned that this indicates a misunderstanding of the purpose and practice of dispute resolution versus a management-led grievance office. While both have their strengths and important roles to play, dispute resolution and a management-led grievance office are very different and should not be viewed as interchangeable. In its Bank Procedure, the GRS is described as “led by Management,” and its mandate is to help Bank staff develop a response to concerns presented by project-affected people, either through a complaint or not. It is not an independent or voluntary dispute resolution process where the parties—the complainant(s) and the Bank’s client—may directly negotiate with each other to find a lasting solution to a conflict that will outlive the Bank’s involvement in the project.

As stated in civil society comments on the review of the Inspection Panel’s Toolkit, a high degree of independence from Bank management and the Bank’s client is also necessary to convene a dispute resolution process that communities will trust, like the dispute resolution processes convened by the Compliance Advisor Ombudsman (CAO), the IAM for the International Finance Corporation (IFC) and Multilateral Insurance Guarantee Agency (MIGA). As an extension of management and the CEO, the GRS is simply not designed to provide a neutral space for the parties to a dispute to negotiate a lasting agreement that engenders buy-in from all sides.

The Inspection Panel was once a leading innovation in development finance, giving communities a voice where it had not previously existed. We call on the Board to reinstate the Panel’s position as a leader by ensuring that all remaining recommendations below are implemented:

In the wake of the Inspection Panel’s 25th anniversary, we hope that the Board will renew its interest in ensuring that the Panel has the basic tools it needs to provide meaningful redress and institutional accountability.