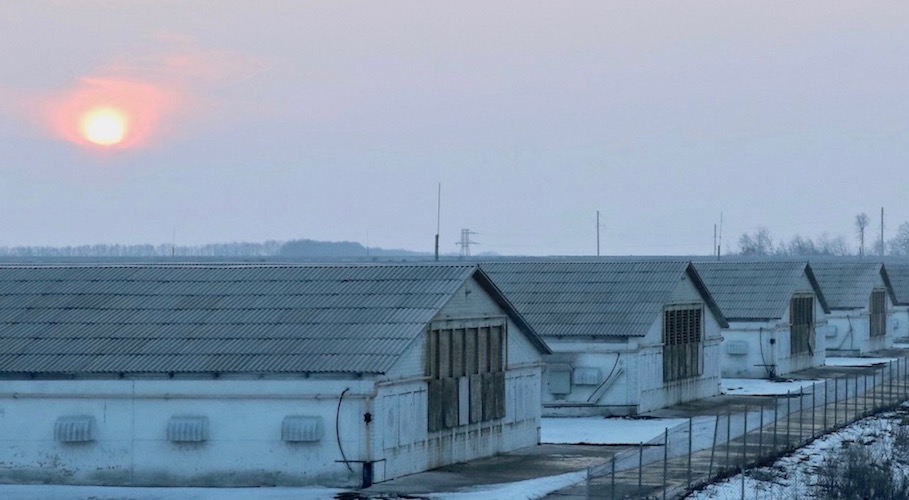 Today, three communities in the central Ukraine region of Vinnytsia filed complaints to the World Bank and the European Bank for Reconstruction and Development (EBRD) criticizing the lack of transparency and surrounding environmental and health risks posed by the ‘largest poultry farm in Europe’. Together with CEE Bankwatch and Kyiv-based Ecoaction, Accountability Counsel is supporting these communities throughout the complaint process.

The complaints (linked below) allege that, since the start of operations in Vinnytsia in 2010, poultry giant Myronivsky Hliboproduct (MHP) has caused continuous odor and dust from a significant and growing number of facilities and the application of manure on nearby fields, making local life untenable. MHP activities have also led to a drastic increase in heavy vehicle traffic through villages, resulting in damage to roads and nearby residences, and risks from pollution to air, water, and soil have not been studied properly, the complaint says. As MHP begins ramping up the next phase of development of its massive Vinnytsia Poultry Farm, community members fear that these problems will only intensify.

Since 2003, MHP has received nine loans totaling more than US$600 million from the World Bank’s private sector investment arm, the International Finance Corporation (IFC), and the EBRD, making it Ukraine’s largest exporter of poultry products. MHP’s vertically integrated business model means that the company controls all stages of poultry production – from growing fodder to feed the chickens until their slaughter and distribution – which has led to the creation of a series of intensive mega-farms throughout the country, including in Vinnytsia.

The Vinnytsia Poultry Farm is only half complete, but it is already massive, housing over 17 million chickens tightly quartered in hundreds of chicken houses. And chicken rearing is just the beginning. The farm and associated agro-industrial operations also include a slaughterhouse, manure storage, and wastewater treatment plant, plus over 25,000 hectares of cropland and facilities to grow and process feed for the chickens. 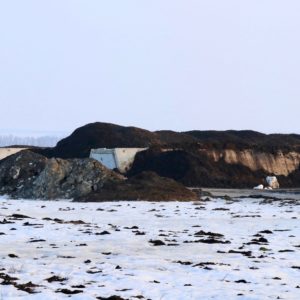 Manure is stored open, without cover

Local villagers have long voiced concerns about MHP’s operations, despite intense pressure not to criticize this important source of local employment. While those efforts have led to some progress on some points, the majority of their questions and concerns have been left unresolved.

Frightened by the possibility of risks to their health and environment, and seeking a forum in which to access information and develop solutions, community members filed the complaints to the accountability offices of the IFC and the EBRD. The IFC’s Compliance Advisor Ombudsman (CAO) and the EBRD’s Project Complaint Mechanism (PCM) are now reviewing those complaints. Villagers are requesting that the CAO and PCM facilitate a dialogue process with the company to answer their questions and address their concerns.

Vladlena Martsynkevych of Bankwatch and Kyiv-based Ecoaction, explains “MHP wants to be the biggest poultry exporter to Europe, but it does not want to respect European and international standards. We hope that the banks will bring the company to the negotiating table, so that those who have been impacted receive the solutions they seek and the information they need to make sound decisions about how their lands are used.”

Caitlin Daniel, one of Accountability Counsel’s Global Communities attorneys, adds, “The complaint describes longstanding and significant concerns, but community members are still hopeful that a solution is possible. MHP has touted its commitment to social and environmental sustainability, publicly and with its international lenders. This complaint provides a clear opportunity for it to demonstrate that commitment through genuine engagement in a dialogue process.”

For more information, see our Ukraine case page. The CAO complaint can be viewed here and the PCM complaint here. See also Bankwatch’s page about MHP.