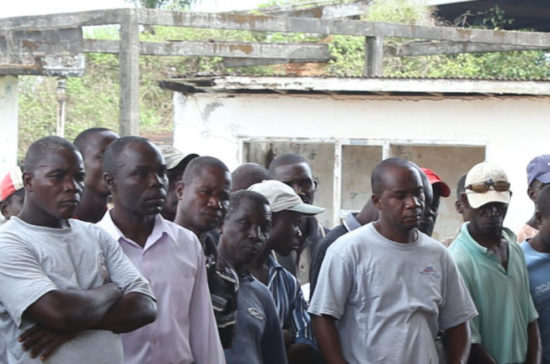 In response to years of advocacy by Accountability Counsel and our partners, the Overseas Private Investment Corporation (OPIC) has made significant improvements to its Environmental and Social Policy Statement (ESPS), its main human rights and environmental safeguard policy.

OPIC has been the subject of two Accountability Counsel community-led complaints about abusive projects supported by the agency, including a complaint on OPIC’s investment in the failed Buchanan Renewables biomass project in Liberia, which resulted in environmental, labor, and human rights violations, including sexual assault. In 2014, OPIC’s Office of Accountability released its report on the complaint, finding credibility in many of the allegations of harm and making a number of recommendations in order to prevent such harm from recurring in the future. The report stressed that revising the ESPS would address several of the recommendations. OPIC initiated a review of the ESPS in December 2015.

OPIC publicly released its final ESPS on 18 January, 2017 and the final document reflects our extensive engagement in the policy review process, which included taking the lead on two joint submissions of recommendations, releasing a joint statement with civil society partners, and participating in stakeholder consultations. Notably, of the 121 recommendations OPIC received on the 2016 Draft ESPS, 91 were from Accountability Counsel and our partners.

As a result of this collaborative, community-driven effort, OPIC increased its focus on human rights impacts in its 2017 ESPS. One example is the “Special Consideration” risk category. OPIC expanded this category to include projects that have heightened potential for adverse project-related social risks, including human rights risks. Special Consideration projects trigger additional measures, including an OPIC review of the client’s Social Risk Due Diligence procedures. This means that OPIC and its clients will be able to better identify and assess human rights risks in the interests of protecting the communities affected by these projects.

While the final ESPS is a significant improvement over the policies in place during the failed project in Liberia, major gaps remain. The ESPS still does not address the evaluation and monitoring of development impacts to ensure that projects fulfill their promised development objectives and benefit the communities they intend to aid. Similarly, while OPIC made some improvements to monitoring procedures, the ESPS still does not require the level of frequent, independent site visits and other monitoring measures necessary for the identification, prevention, and mitigation of harmful impacts to communities.

Even the best environmental and social policies and frameworks cannot prevent harms from happening in every circumstance. Accordingly, OPIC must have a strong system of accountability so that when people are harmed by OPIC-supported projects they can be made whole. Several years after the release of the report from the Office of Accountability, Liberian communities are still waiting for meaningful remedy for the harms that they suffered. Unfortunately, OPIC failed to improve the ESPS’s provisions on remedy, leaving communities, like the ones in Liberia, vulnerable. Accountability Counsel will continue to press OPIC to strengthen its accountability framework, including implementing revisions to make the Office of Accountability more accessible, transparent, and effective.

OPIC’s new ESPS, while showing improvements, is just one step toward ensuring that the development corporation guarantees that communities are protected and makes more lasting, fruitful investments. OPIC expects to update its environmental and social implementing procedures this year and we hope that the procedures build and improve upon the ESPS. Critically, OPIC must go beyond the mere creation of these documents to fully implement the ESPS and procedures on the ground.

Click to learn more about our Liberia and Mexico cases, as well as Accountability Counsel’s policy work on OPIC. Information about OPIC’s ESPS review process can be found here.