What Kiobel Means for Corporate Accountability 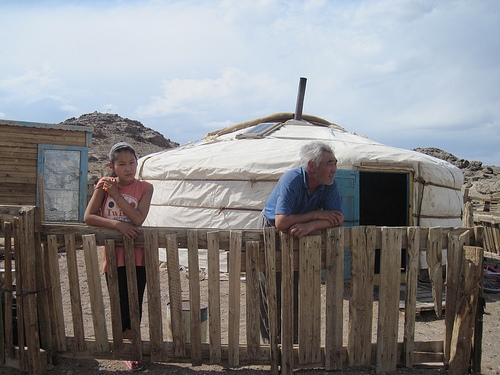 Today, the U.S. Supreme Court harshly limited cases that may be brought in U.S. courts against corporations that commit human rights abuses abroad.  The Supreme Court’s Kiobel v Royal Dutch Petroleum decision has significant implications for our work at Accountability Counsel, where we assist victims of human rights and environmental abuses with access to non-judicial accountability mechanisms.  For victims of corporate abuse that had hoped to use U.S. courts, and now cannot, our work just became that much more important.

Through the out-of-court mechanisms we use, such as the World Bank’s Compliance Advisor/ Ombudsman, victims can enter into voluntary dispute resolution processes and can request that accountability offices conduct investigations to determine if there were violations of policies governing projects that caused harm.  Our clients are some of the most marginalized and vulnerable groups from around the world, challenging abuses associated with mining, petroleum extraction, agribusiness, hydropower and other infrastructure projects where abuses include poisoning of water, stolen land, violence against women, and projects that adversely impact the culture and resources of indigenous people.

Many of the abuses we confront belong in the domain of courts.  In both host countries where the abuses we see are perpetrated, and home countries where corporations are headquartered, courts have the obligation to provide access to remedy for human rights abuses.  The United Nations Guiding Principles for Business and Human Rights highlighted this obligation in 2011.  But the unacceptable reality, now intensified by Kiobel, is that the odds of redressing a human rights grievance in a court are poor.  Besides laws that shield corporations, other barriers to courts include judicial corruption, litigation costs, lack of trained lawyers, intimidation of would-be plaintiffs, and the stamina required for decade-long legal battles.

Even though we demand that judicial systems do a better job of meeting their obligations to human rights victims, our work is steeped in the practical reality of these barriers. Accountability Counsel specializes in non-judicial mechanisms because they can offer victims a way to leap over many of these obstacles to justice, in some cases providing the most effective route toward addressing or even preventing pressing human rights and environmental abuses.  As our work in places like Mexico has shown, non-judicial mechanisms can lead to negotiated decisions to offer remedy to victims, stop abuses and prevent harm.  The same Guiding Principles that recognize the importance of courts to remedy human rights abuses have endorsed our approach, highlighting the importance of access to non-judicial remedies.

As our colleagues fight to strengthen courts both in the U.S. and abroad, we are continuing to support communities with their complaints while working on the policy front to ensure that our clients have access to independent, transparent, fair and effective non-judicial accountability mechanisms.  While Kiobel erodes the prospects for meaningful corporate accountability in U.S. courts in many cases, the non-judicial avenues for redress with which we assist communities have become even more critical for ensuring affected peoples’ access to remedies for corporate abuses.